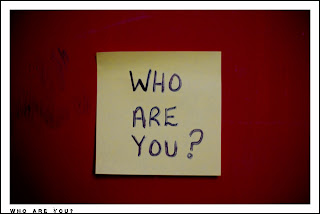 Now, you might ask yourself "What the hell do you mean by that?" Well, I've had to figure that out before I could write this. And it hasn't been the easiest question to ask, or to answer.

For me, I've always kind of held myself out as a 40k-centric player. GW pretty much defined the scope of my miniature wargaming hobby. And within GW games, the playing was more important for me than many of the other aspects of the hobby. Now, this isn't an anti-GW rant in any way, but my dissatisfaction with GW has driven me to examine other games and remember what it is that really drew me into wargaming in the first place.

So, let me tell you a story that I've told plenty of people. I very first heard of miniature wargaming when I was around 11 or 12. One of my buddies introduced me to the idea of Warhammer 40k by telling me about this game that could be played on any surface (not just on a board!) and featured these things called Space Marines, Chaos Space Marines and Eldar. Now, before I knew anything about the game, these words brought images to mind that sparked my imagination. After fiddling around with things for a bit, I quite due the hobby due to various reasons (high school, rock'n'roll music and girls, mainly).

From that point, it was a long time until I picked up anything that had the words Warhammer 40k on it. Until the original Dawn of War video game come out, actually. Me and my good buddy Rick really got into that game, and we had an absolute blast playing it. After a while, I remember thinking, "Hey. I can remember this being a game with little figures on the table. I wonder if that's still around." Rick and I looked, and what do you know? The game still existed ;) Then, we thought, "Maybe it'd be fun to buy a few guys to put together and have around to represent our favorite ones in Dawn of War." From buying figures, it was a short jump to painting and then back into playing.

Despite dabbling in Fantasy and in some other games (Confrontation, Warmachine, etc), I mainly continued to be a 40k man until I started playing Malifaux and jumped right in. For me, it rekindled some of the love that I felt towards gaming at the very start of playing 40k.

After playing in the NOVA this year, I really felt myself pulling away from 40k as a game. Part of this came from the fact that I just haven't been in love with 40k for a while now, as many of you probably know. After long reflection, I know that part of this comes from the fact that I haven't been engaging in some of the parts of the hobby that I like best: the process of building an army.

Assembling an army, getting the units to function how I want and figuring out how to play the entire force to win is part of the fun. Unfortunately, the general Space Marine dominance of late has pushed me away, as I'm not the most enthusiastic about building and painting more power armor ;)

I know that I've been really pushing lately to find some other games that I enjoy so that I can be building and painting new things and trying out new forces. Malifaux has been an absolute winner in this category, and I've fallen in love with everything about the game. Dystopian Wars is also something I've been having fun with. I've been contemplating Hell Dorado and Infinity as well as some other games with really great looking miniatures. As my buddy Rick and I have discussed, a new army for any of the GW games becomes less enticing when you can buy the entire range of a skirmish game or several forces for several games at the same cost.

Still, however, there is just something in me that wants to fall back in love with GW stuff. The continued support of the Dark Eldar model range, in particular, calls to me. I have an entire Dark Eldar army that just needs a few more models and some fine tuning before I could be having fun with it.

And it's that thought right there that makes me realize what I'm in this hobby to do: I just want to have fun.

And for me, it seems that I have fun building and painting new things, tinkering with forces and going out and playing some. I can't just have fun doing one aspect of the hobby. That's what trapped me in 40k. I wanted to just play the game without building anything new or buying any new pieces. For me, that drains the life out of a game.

So, for me, I've come to the conclusion that I will be picking up my Dark Eldar army again and trying to play with it a little at a time. That means, also, buying some new pieces every now and then. However, I also want to continue my expansion into other games and see where that takes me.

I am, as a hobbyist, someone who likes to engage in the different aspects of the hobby. I am also a hobbyist who can no longer confine himself to one system. It's been an interesting road coming to this conclusion. I hope it was maybe a little interesting to read this. Within the next few days, I should have a little step-by-step of me painting a single miniature so I can humorously comment on my process.