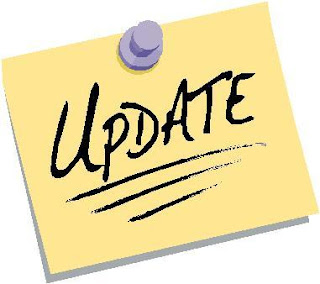 So, instead of doing commentary on my most recent re-post, I decided to do a whole update post to kind of show where I've gotten to. Also, the post I just put up again is one of the more recent pieces I did (only 9 months old, really), so it doesn't need much as far as commentary.

Let's see how I've done so far, shall we?

Yep, I've got this one down. I've really got something like 2,000 points assembled, so I definitely got that done.

Can't really say much more about this. I'm coming back around to the place where I want to work on 40k stuff, but I don't have anything else to do to accomplish this, so... yeah.

Well, I've given up on this for now. Given that I'm so discouraged with my Nids right now and that I have no desire to paint my gants, this will be put on hold.

Partially due to Malifaux, I've found the joy in painting again, so I don't want to break myself by trying to force something that's just not coming. I'm glad I'm so forgiving, or I would never have let myself off for this one ;)

Err... Yeah. Sorry, guys. Just hasn't happened. I just have to keep pushing on this.

If you're wondering how I did it, I just have to say that it took lots of exercise and a high protein/low carb diet with only about 1200-1500 calories a day to make that possible for me. I started mixing in tae kwon do and krav maga in with a little bit of running, and it's done wonders. If anyone wants to hear more about this, I can totally pound out some thoughts on it.

Well, I'm unemployed, does that count? ;)

On a serious note, I am making progress: I graduated law school and I've passed the North Carolina Bar. I'll be getting sworn in soon, and I'm working on my South Carolina Bar application. So, right now, I'm more in the market for a part-time gig that will let me get some studying done so I can pass the SC Bar in February.

I'll mark that down as solid progress.

I have 5-6 chapters left on the one I was working on, and I keep making excuses for why I haven't gotten it done. The Bar and moving were legit, but now I need to get my ass in gear and finish it up (as well as starting the re-posting process). It's still possible, but I have to motivate myself.

So, not bad. I've gotten some things done and given up on others. I've also made some unplanned life changes, so I think that I may be better off than I even imagined: I ditched an unhealthy relationship, started getting myself more to where I'd like as far as my appearance and bought a dog. I also picked up a new game and have done some deep thinking about the hobby.

Anybody else have any success stories or major failures they'd like to talk about? Big changes of plans are also totally on the table. I have something interesting coming up that I've been thinking on, so stay tuned ;)
Posted by kennedy at 12:18 PM