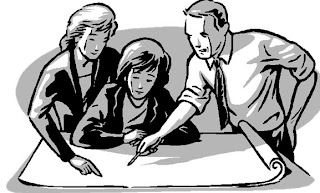 Aw yeah, old school power point clip art style. I love it. Brings me back to the beginning of this blog. I'm really going to have to bring back some more of that flavor.

In the spirit of that, I thought I'd share how I'm planning out my purchases. It's not the most organized way to do it, but it's the way I've always managed to get enough stuff to construct an entire army.

I think that probably explains it. Then, I figure out how many boxes I need to get what I need.

Of course, this time around I'm not necessarily building towards any one particular army list, so my list of stuff seems really long... Also things are complicated by the stuff that I already have. So, I get 2 lists.

What I have on the sprue:
11 bikes
2 Hellhounds (which will be converted into Hydras once I have the appropriate platforms)
30ish space marines

What I plan on making:

So... Yeah. This should give me plenty of options to field lots of different versions of a couple of armies. At this point, that's what I really want. Lots of options = less chance of all of my choices being invalidated by codex or edition change. I'd also like to try and make one of those Thunderhawk conversions that I've seen floating around out there. Perhaps I'll make that a reality, or perhaps not. I suppose we'll see as I move forward.