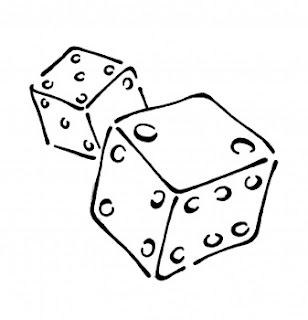 So, after my nearly no hobby time, I definitely have gotten back into... Well... Something. Yeah, that was definitely enlightening.

So, last Saturday, I made my way down to the local store, whereupon I was informed that 40k was at kind of a low ebb at the moment and that it might be difficult to get in games. "What are people playing?" I asked. Warmachine and Flames of War were the answers I received. "Malifaux?" Nope, some people had played, but they were all no longer coming around or playing or something. "Dystopian Wars?" What's that?

So, I was, as you might imagine, pretty bummed. I had just bought the last few pieces necessary for my Dark Eldar to start sucking on table tops all across the store, and I wasn't going to be getting a real chance to play them. Yeah.

So, I took a look at my options, and I weighed them. Flames of War has always been something that I look at and go "Meh." I'm not a WW2 guy. I'm just not. I don't speak the lingo, I don't know the battles by heart, and I just can't find it in myself to give much of a damn about playing a game reenacting scenarios based on WW2. Warmachine is something that I played for a while and dropped for various reasons. I have some fond memories of the game and some real reservations about whether or not the game is any good. However, it's much more fun to watch played that Flames of War, so I ended up watching a bit of a game.

Before I knew it, the game was over and I was talking to the guys who'd been playing. I mentioned that I hadn't played in quite a while, and one of the guys offered to go through a quick small game with me again so I could refresh my recollection. 2 hours later, I walk out of the store with the basis of a Retribution of Scyrah army. Yeah, apparently I like elfs. Who knew? ;)

So far, I've actually been having fun painting these guys. After a few games this weekend (which I spent in Charlotte), I can safely say that I think I enjoy playing them as well. In fact, I've even been inspired enough that I've dug out my Legion of Everblight models and started working on stripping them so I can think about repainting them and having 2 forces.

It's funny how you'll shelf stuff only to come back to it later because of changed circumstances. I wish that people around here played Malifaux or something I was more interested in, but I think I can manage to have a bit of fun with some Warmachine for now.

However, this is not to say that I did not get a chance to play some 40k. I totally did. Via Vassal. Yes, I actually sat down and figured out how to use the damn thing and got in a game with my buddy Rick. I brought Dark Eldar and he brought Marines. After 3 turns, he had pretty much whipped my ass directly off the board. Needless to say I was a bit less than pleased by that. Basically, my Dark Eldar kind did exactly what I thought they'd do: miss with Dark Lances and die in droves ;)

Still, I refuse to just give up. I plan on continuing my ludicrous journey with Dark Eldar for now. I'd like to get them painted to a decent standard so that I can get wiped off the table with some small measure of dignity ;)

In the finality of my game-playing related news, I got a chance to play the Game of Throne board game after my buddy Justin picked up a copy. I have to say that I enjoyed it. We played with 3 people, and I think it would be better with 6, but there's still a lot of fun to be had with the game. It took us 2 1/2 hours to fumble through a game, and I can't imagine that it will get much quicker, especially as the intrigue starts to get more intense with more players. So, if you have 5 friends of reasonable intelligence, it'd be a fun way to spend an evening not spent playing other games ;)

For now, I'm too exhausted to post anything even semi-coherent, so I'll end it here and hopefully be back with something marginally interesting to read sometime soon. Maybe ;)
Posted by kennedy at 8:22 PM